PowerShell 5 comes with a new capability to define classes in the same way we define in C#. In this tutorial we are going to see how to define a simple class with constructor, properties, and methods.

In this tutorial I am going to use Visual Studio 2015 to edit my .ps1, .psm1 files. You might wonder why not the default ISE? Visual Studio is a great development tool which also provides the ability to edit PowerShell scripts. It gives you all the debugging tools available in ISE along with better editing and coding experience.

Visual Studio also gives you and interactive window which is similar to the PowerShell console. 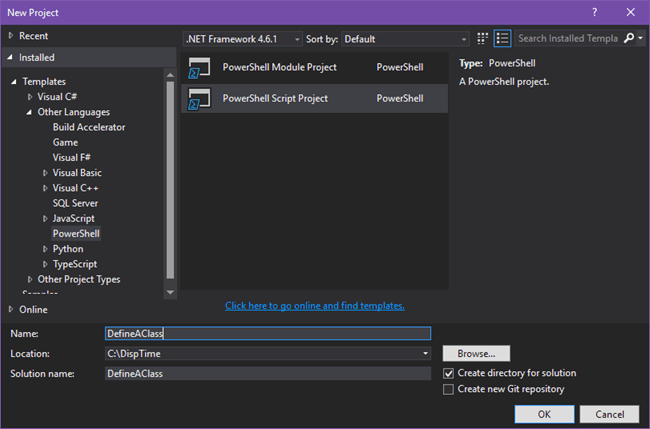 Right click on the project and add a new PowerShell Script Module called Circle. We are going to define our class definition in this module. 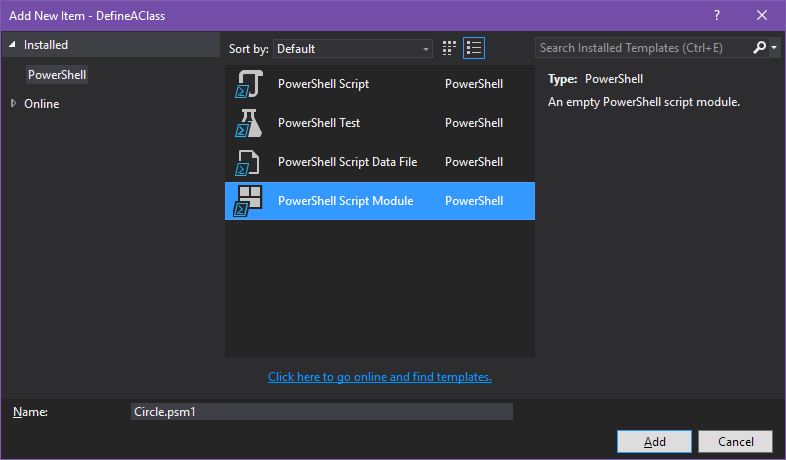 Edit the file as below:

Open Script.ps1 from the solution and edit it as below (if the file doesn’t exist right click on the project and add a new PowerShell Script item):

This site uses Akismet to reduce spam. Learn how your comment data is processed.